In this post, I will share with you the four factors that affect the austenite formation rate.

I believe that through the introduction of this post, you will have new views and understanding on some issues.

Generally speaking, with the increase of heating temperature, the austenite formation rate is faster.

Moreover, with the increase of heating temperature, the nucleation rate I and growth rate G of austenite increase, but the increase rate of I is higher than that of G (as shown in Table 1).

Therefore, when the austenite formation temperature rises, the amount of residual carburizing increases and the average carbon content of the newly formed austenite decreases at the moment when the ferrite phase in pearlite disappears (i.e., all of it is transformed into austenite) (Table 2).

Therefore, the larger the heating speed (or superheat degree) during the actual heat treatment, the more carbides may remain in the steel.

At the same time, the disequilibrium degree of phase transformation increases.

At the moment when the ferrite phase disappears, the amount of residual carburizing increases, and the average carbon content of austenite matrix decreases.

The higher the carbon content in the steel, the faster the austenite formation.

All these factors accelerate the formation of austenite.

However, in hypereutectoid steel, due to the excessive amount of carbides, the time for dissolution of residual carbides and homogenization of austenite will be prolonged with the increase of carbon content.

In the case of the same steel composition, the larger the dispersion of carbides in the original structure, the more the phase interfaces and the larger the nucleation rate.

Therefore, the finer the original structure of steel, the faster the formation of austenite.

For example, when the austenite formation temperature is 760 ° C and the lamellar spacing of pearlite is reduced from 0.5μm to 0.1μm, the growth rate of austenite increases by about 7 times.

The shape of carbides in the original structure also has some influence on the formation rate of austenite.

Compared with granular pearlite, because the phase interface of lamellar pearlite is large, the cementite is thin and easy to dissolve, so austenite is easy to form when heated.

The addition of alloying elements to steel does not affect the transformation mechanism of pearlite to austenite, but affects the stability of carbides and the diffusion coefficient of carbon in austenite.

Moreover, the distribution of most alloying elements between carbides and matrix is uneven.

Therefore, alloying elements will affect the nucleation and growth of austenite, the dissolution of carbides and the homogenization speed of austenite.

Strong carbide forming elements such as Mo, W, Cr, etc. reduce the diffusion coefficient of carbon in austenite, and form special carbides which are not easy to dissolve, thus significantly slowing down the formation speed of austenite.

Non carbide forming elements Co and Ni increase the diffusion coefficient of carbon in austenite and accelerate the formation of austenite.

The addition of alloying elements to steel may change the positions of transformation critical points A1, A3 and Acm, that is, change the superheat during transformation, thus affecting the formation rate of austenite.

The results show that the distribution of alloying elements in the original microstructure is not uniform.

This non-uniform distribution of alloying elements remains significantly in austenite until the carbides are completely dissolved.

Therefore, the austenite homogenization process of alloy steel is much longer than that of carbon steel.

In view of the above reasons, in order to homogenize austenite during quenching and heating of alloy steel, it is necessary to heat it to a higher temperature and hold it for a longer time.

Through the above introduction, I believe you have a better understanding of several factors affecting the austenite formation rate.

If you want to remember better, you still need to combine practice to complement each other. 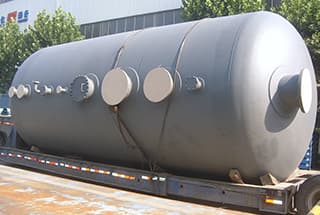