If the appearance quality of a railway passenger car is very poor, especially if the exposed structure surface has obvious wavy lines and uneven feeling, and even under the action of light, there are occasional and chaotic reflective effects, then even if the facilities in the passenger car are complete and advanced, they will not be favored by users.

In order to avoid the above problems, resistance spot welding, as an important welding application technology, is more and more favored by railway vehicle manufacturers.

This welding method can effectively solve the welding deformation and avoid the above problems.

At the same time, welding automation has laid a foundation for the rapid development of spot welding technology.

The steel plates commonly used for railway vehicles in China are mainly divided into 2mm, 2.5mm and 3mm.

The Q310NQL2 + Q345NQR2 material combination is a common design combination.

The sand blasting process is a single process with high efficiency and good economy.

It can not only effectively remove the oil stain, welding particles and welding oxide layer on the surface of the parts, but also clean the steel surface after sand blasting and improve the mechanical properties of the material surface.

As various working conditions and environment are complex in the vehicle operation cycle, the special lapping structure of resistance spot welding makes it impossible to carry out anti-corrosion treatment on the lapping position after welding, and corrosion has a certain impact on the fatigue performance of the welded joint, so it is particularly important to systematically carry out the research on the impact of resistance spot welding joint corrosion of the base metal after sandblasting treatment on the fatigue performance.

This research has very important practical significance for guiding the actual production, improving the welding structure and process design of railway vehicles, and improving the overall technical level of resistance spot welding.

The resistance spot welding test is conducted after the surface of the test materials is sand blasted.

The chemical composition and mechanical properties of the test materials are shown in Table 1 to table 4 respectively.

Conduct resistance spot welding process test on Q310NQL2 + Q345NQR2 steel plate after surface sandblasting treatment, which is the same as the manufacturing process of the factory’s existing car.

See Table 5 for its welding parameters

The size of the test piece is shown in Fig. 1.

After welding, the appearance, smoothness and section of the test piece shall be tested according to the internal enterprise standards of CRRC.

Salt spray corrosion and pulsating tensile fatigue tests were carried out on the joints after welding.

During the test, when the fatigue crack size is large enough that the load cannot be added, the vibration can be automatically unloaded and the number of cycles can be recorded.

The thickness of the backing plate shall be consistent with that of the corresponding base metal.

The comparison of F-N curves of resistance spot welding joints is shown in Fig. 2.

The F-N curve and the fatigue limit under 1×107 cycles determined by the lifting method are determined according to the conventional method.

After 48h and 1000h salt spray corrosion, the fatigue limit of the joint is similar.

The micro morphology is shown in Fig. 6 to Fig. 8.

It can be seen from Fig. 6a that there are obvious undulations at the crack initiation of the fusion zone.

This is because the crack starts from the initial position and expands along the fusion line.

After a certain length of expansion, a new crack source is formed due to stress concentration, notch and other factors to expand toward the base metal, so that it is finally broken.

The size of the expansion zone increases with the increase of fatigue cycles;

The final fracture zone is in the form of shear dimple + cleavage, and the dimple is large.

There is no defect at the fracture of the test piece, so it can be seen that the stress concentration is the main reason for the fracture.

The fatigue limit of spot welded joints after 48h and 1000h salt spray corrosion is similar.

2) All the fatigue fracture specimens started in the fusion zone, the expansion zone increased with the increase of the number of cycles, and the final fracture zone showed the shape of the shear dimple. 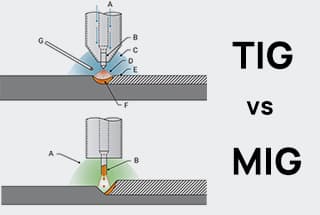