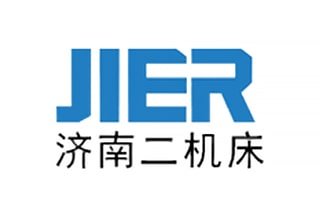 Jinan No.2 Machine Tool Co., Ltd., founded in 1937, is a state-owned enterprise. It is a key backbone enterprise in the domestic machine tool industry and a national high-tech enterprise.

It has been awarded “outstanding contribution enterprise in major technical equipment field” by the State Council, and has been selected as “top 100 of China’s machinery industry” for many years.

Especially in recent years, in the international bidding with world-class enterprises such as Germany and Japan, we have successively won high-end market orders from domestic and foreign automobile enterprises such as general motors, Ford, Volkswagen, Nissan, Renault and Fiat.

In 2011, it won all five orders of large-scale rapid stamping production lines from two Ford factories in the United States, which is the largest single export contract amount of China’s machine tool industry. It is also the first time for Ford to adopt non German made stamping equipment in North America in the past two decades.

The company is known as one of the “three largest manufacturers of CNC stamping equipment in the world”.
It has a national “enterprise R & D center” and “technology center”, under which there are four research institutes, including mechanical press Research Institute, numerical control metal cutting machine tool research institute, Automation Research Institute and Information Research Institute, and five laboratories, including machine tool laboratory, physical and chemical measurement test laboratory, welding laboratory, casting laboratory and electrical laboratory. It has more than 100 sets of test equipment and instruments, with its own characteristics The core technology and products of the main intellectual property rights.
The leading products keep pace with the world’s most advanced technology.