The material to be processed is irradiated with a high power density laser beam, so that the material is quickly heated to a vaporization temperature and evaporated to form a hole.

It is classified in laser processing as laser removal, also known as evaporation processing.

With the rapid development of modern industry and science and technology, more and more materials with high hardness and high melting point are used, and the traditional processing methods can not meet certain process requirements.

Compared with conventional punching methods, it has the following significant advantages:

③ Laser drilling can be carried out on various hard, brittle and soft materials.

⑥ Laser can be used to machine small holes on the inclined surface of difficult-to-machine materials.

Compared with the traditional punching process, the laser drilling machine has the following advantages:

(1) The laser drilling speed is fast, the efficiency is high, and the economic benefit is good.

(3) Laser drilling can be carried out on various materials such as hard, brittle and soft.

(5) Laser drilling is suitable for a large number of high-density group hole processing.

(6) The laser can be used to machine small holes on the inclined surface of the difficult-to-machine material.

(7) Laser drilling has simple requirements for workpiece clamping, and it is easy to realize online and automation on the production line.

Laser drilling is easy to punch holes in complex shapes, and can also be punched in a vacuum.

The laser is an important part of the laser drilling equipment.

Its main function is to convert the power provided by the power system into laser energy with a certain conversion efficiency.

According to the nature of the working substance of the laser, it can be divided into gas laser and solid laser.

It has higher conversion efficiency than other lasers and can be absorbed by many non-metallic materials such as plexiglass, plastic, wood, multi-layer composite sheets, quartz glass, etc.

When combined with other technologies, high-speed drilling can be achieved with a maximum speed of 100 holes/second, which is difficult for other lasers.

Even so, due to the inconvenience of focusing and dimming of carbon dioxide lasers, the one-time investment of equipment is relatively large, and it is not as popular as other three laser applications in laser drilling equipment.

Solid-state lasers are widely used in laser drilling for their unique advantages.

Its main advantages are:

(1) The output wavelength is short.

(2) The output light can be transmitted by ordinary optical materials.

(3) The whole machine is small in size, easy to use and maintain, and the price is lower than that of the carbon dioxide laser.

The simple and versatile form of laser drilling is a three-dimensional machine tool.

The two-dimensional motion is in the horizontal plane and is represented by X and Y.

Each dimension can be driven by a stepper motor to move the ball screw on the linear ball guide.

Its accuracy is determined by the precision of the lead screw and the accuracy of the ball guide.

If equipped with a microprocessor system, the 3D machine tool can complete laser processing of various holes in the plane and group holes in a certain range.

When it is necessary to process a series of holes in a pipe or barrel material, the machine tool should have a five-dimensional function.

In addition to the three-dimensional mentioned above, the added two-dimensional is a 360-degree rotation of the X-Y plane, which we define as the A-axis.

The X-Y plane is tilted from 0-90 degrees in the Z direction, which we define as the B axis.

With so many types of laser drilling, the five-dimensional workbench can do the job.

In the case of saving equipment investment, the CNC of the B axis can be changed to manual.

This will save money and basically complete all punching tasks.

Over the years, the level of laser drilling machines at home and abroad is at a stage of rapid development.

The output power of the laser is gradually increased, the pulse width is narrower and narrower, the frequency range is wider and wider, and other parameters are becoming more and more favorable for the direction of punching. 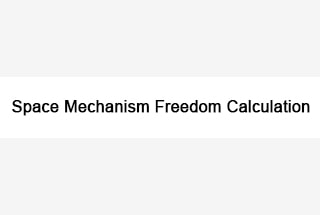