When a WC67Y30T-1600 hydraulic bending machine is used to adjust the stroke manually, the hand wheel on the worm drive is idling, and the ram stroke cannot be adjusted.

As a result, the sheet metal cannot be processed normally according to the designed bending angle. 1. The composition and working principle of the ram stroke part.

The left and right hydraulic cylinders are fixed on the frame.

The working principle of ram stroke is hydraulic transmission, through which the piston drives the ram up and down.

The stroke fine-tuning adopts worm gear transmission, which drives the screw shaft and adjusting nut to move relative to the screw type axial direction to adjust the working stroke of the hydraulic cylinder,

First, the power is turned on, the start switch on the control panel is pressed to check whether the pressure gauge value of the hydraulic system is normal;

Then the down switch is pressed to check whether the ram will quickly drop normally;

Third, the down switch is pressed again to check whether the operation is normal;

Finally, the up switch is pressed again to check whether the ram will rise quickly and normally.

From the above checks, it can be seen that there is no fault in the hydraulic transmission system.

Check the hydraulic cylinder according to the principle from the easiest to the most difficult.

① Remove the outer part of the hydraulic cylinder.

Remove the upper cover and worm part, check the outer surface of worm and worm gear. If there is no wear and other phenomena with normal rotation, it shows that there is no fault in worm drive.

② Remove the inner part of the hydraulic cylinder.

If there is wear phenomenon, the clearance of screw pair is too large, resulting in air return error (the screw changes direction and reverses, but the nut does not move).

Obviously, the wear of screw and nut of screw drive is the reason why the ram stroke cannot be fine tuned.

As the brand of the equipment used is not circulating enough in the industry, there is no way to purchase new screws and nuts.

Is the equipment worth tens of thousands of money scrapped?

Through repeated analysis and test, the author finally found the emergency method of this fault, so that the equipment can continue to work.

Through the analysis of the internal structure of the hydraulic cylinder, the main theoretical basis is as follows:

The specific disposal methods are as follows:

The first step is to press the down switch, and the hydraulic transmission makes the ram quickly drop to the lowest point;

The second step is to press the up switch again to make the ram rise about 3mm (Note: the rise should not be too high, just move upward slightly);

The third step is to try to turn the hand wheel.

When it turns, it feels a little tight and no idling, which means that the ram stroke can be adjusted manually.

Through the test of taking small pieces of sheet metal, the bending angle of sheet metal can be adjusted at will, and the production has returned to normal.

After practical use for more than one year, it has proved that the above emergency disposal method is an effective method to solve the problem that the ram stroke cannot be fine-tuned, which is simple and practical;

Using this emergency disposal method, not only can the equipment continue to work for us, but also it can be handled by itself without the cost of maintenance.

This method can also be used as an emergency method for other press brake brands without parts replacement or after-sales service. 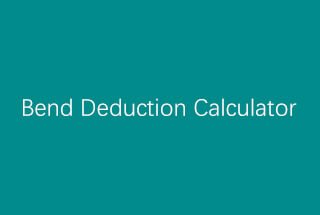