Since Thomas Alva Edison founded General Electric Company, GE has gradually grown into an outstanding multinational company in the diversified development of the company, with business covering more than 100 countries in the world.

General Electric (GE) is a global digital industry company. It creates machines defined by software, integrates the intelligence of interconnection, response and prediction, and is committed to transforming traditional industries.

GE understands the needs of the industry, speaks the industrial language, and creates extraordinary performance for customers with global talents, services, technology and scale.

It is also one of the major defense contractors in the United States.

Pratt&Whitney was founded in 1925. In its early days, it began to produce a nine cylinder air-cooled star piston engine.

At the end of World War II, Pratt&Whitney has become the largest piston engine manufacturer in the United States.

Since then, Pratt&Whitney has been providing various turbojet and turbofan engines for the US Air Force and civil aviation, and has many new research and development, such as the variable cycle engine J58 (used for SR-71 reconnaissance aircraft).

Pratt&Whitney’s small engine division has been spun off and belongs to Pratt&Whitney Canada.

In 1962, China’s Vicomte Vickers aircraft was powered by Rolls Royce’s Dart engine, which marked the beginning of our service to China.

For more than half a century, Rolls Royce has actively participated in and supported the sustainable development of China’s civil aviation, energy and other fields, witnessed China’s economic take-off and helped China’s industrial progress.

For more than 30 years, Rolls Royce has developed an extensive supplier network in China, cooperating with suppliers in Shenyang, Xi’an, Chengdu and Wuxi, many of which are subsidiaries of AECC.

These components are used in Rolls Royce regional aircraft and corporate aircraft engines.

It owns more than 85% of Russian aeroengine and gas turbine assets. Its subsidiaries include famous aeroengine plants in the former Soviet Union, such as Perm, Ufa, Krimov, Saturn, etc. United Engine Manufacturing Group has more than 70000 employees in total.

In 1969, the French government put forward the subject of researching 10t thrust turbofan engine according to the international civil aviation market situation.

After analysis and investigation, SNECMA of France chose GE of the United States as the partner at the end of 1971 to develop engines that meet the requirements of low fuel consumption, low noise and low pollution of aircraft in the 1980s based on the core aircraft of the F101 military turbofan engine of the United States.

In November 1971, the two companies decided to jointly develop an engine with a large bypass ratio of 10000daN. In February 1972, the design was completed and the trial production was carried out.

In September 1974, CFM International was formally formed, and the engine was named CFM56.

The first two engines were tested on the test bed of the two companies successively.

There are 11 engines for development and test, of which 5 are used for flight test.

Later, it flew for 130 hours accumulatively. At the same time, it completed the necessary tests on the French “Fast Sail” flight platform.

On November 9, 1979, the CFM56-2 engine obtained the airworthiness certificate of the United States and France CFM56.

From the signing of the cooperation agreement between the two companies in 1971 to the time of obtaining the certificate, it took seven years and a total of $1 billion to develop the engine. Since March 1979, the engine was selected to refit the DC-8 aircraft of McDonald Douglas, and a total of 110 aircraft (4 for each) were refitted in 1986.

The initial cooperation was with Pratt&Whitney of the United States, Rolls Royce of the United Kingdom, Japan Aerospace Engine Company and Germany MTU aeroengine.

Fiat Avio was once one of the major shareholders, but it withdrew its capital at the initial stage of the company’s establishment.

However, Avio, now renamed by Fiat Avio, is still a supplier.

V Product naming is still the heritage of the five original shareholders.

Safran Group has developed in China for more than 100 years, and has established a strong market position in China’s civil aviation industry.

Since the establishment of diplomatic ties between China and France, Safran Group began to devote itself to the Chinese market in the 1970s and 1980s.

Since the official establishment of Safran Group’s representative office in China in the late 1980s, Safran Group has established a solid partnership of mutual trust with major enterprises in China’s aviation industry, and has carried out long-term cooperation with industrial partners and customers with a view to the future.

Through continuous development over the past 40 years, Safran Group has established a strong market position in China, covering production, training, maintenance, sales and marketing and many other fields.

Founded in August 1996, its GP7200 engine was originally an alternative power for the Airbus A380, and now the proportion of equipment on the A380 has exceeded 60%.

At first, it provided engines for the Boeing 747-500/600X project, but eventually the aircraft project was cancelled.

Engine Alliance Company optimized its products and launched GP7200 on the basis of GE90 and PW4000, the main products of the two giants, to provide alternative power for Airbus A380 to compete with Rollot’s Trent 900.

Among them, there are 90 American Airlines, 10 Air France, 10 Korean Airlines, 7 Atihad Airlines and 8 Qatar Airlines.

MTU, a subsidiary of Daimler Benz Group, is a leading manufacturer of diesel engines.

Its diesel engine power ranges from 35kw to 9000kw and is widely used in ships, heavy trucks, engineering machinery and railway locomotives.

Since 1899, Friedrichshafen engine manufacturer, the predecessor of MTU, has started to manufacture heavy engines.

With its pioneering technology, it has set many milestones for the world engine industry.

The Treaty of Versailles in 1919 prohibited the products of German companies from being used in aircraft.

In 1936, Friedrichshafen engine manufacturer set a record of 160km/h in railway history.

Friedrichshafen was merged into Daimler Group in 1960, and a new brand was born: Motoren undTurbinen Union Eriedrichshafen GmbH (Hihafen Co., Ltd. of Engine and Turbine Alliance Fri, referred to as MTU).

Since then, MTU Friedrichshafen has become a major manufacturer of railway locomotive engines, ship engines and diesel generator set engines.

China Aero Engine Corporation of China (AECC) was officially established on August 28, 2016, shouldering the major responsibility of accelerating the independent development, manufacturing and production of aeroengines and gas turbines, and building an aviation power.

It has 27 directly affiliated units, three main board listed companies, more than 70,000 employees, and a large number of high-quality and innovative scientific and technological talents, including 7 academicians and more than 200 national experts and scholars.

It is a domestic enterprise with a complete R&D, manufacturing and test support capability for military and civilian aeroengines.

Adhering to the group values of putting national interests first and adhering to the group mission of building a strong military through power and serving the country through science and technology, AVIC Air Development is mainly engaged in the development, production, maintenance and service of aeroengines, auxiliary power, gas turbines, aircraft and helicopter transmission systems, as well as the R&D and manufacturing of aviation materials and other advanced materials. 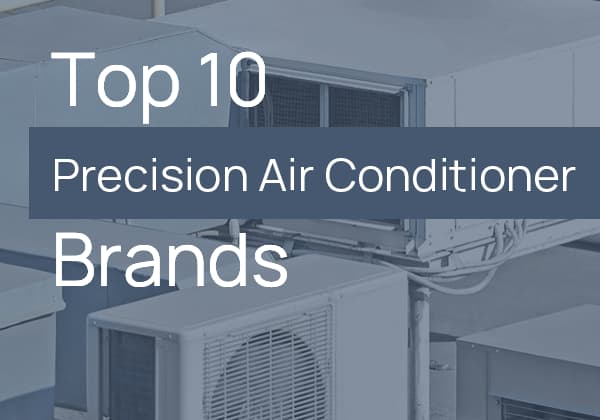