The factor that has a greater influence on the malleability of the metal is the shape of the metal itself, the better the plasticity, the less likely it is to crack when forged.

So the malleability of the metal can be improved by refining the grain, uniforming the organization.

The metal material can change its shape without cracking during pressure processing.

It includes the ability to perform hammer forging, rolling, stretching, extrusion and other processing in the hot or cold state.

The malleability is mainly related to the chemical composition of metal materials.

Ⅰ The essence of metal

In general, pure metals have better malleability than alloys. The lower the mass fraction of carbon in carbon steel, the better the malleability.

The malleability of metals varies greatly depending on their tissue construction.

The alloy is malleable when it is a single-phase solid-soluble tissue (e.g. Austenitic).

Whereas, metals with the metallic compound organization (e.g., carburizing bodies) have poor malleability.

The cast columnar tissue and coarse grain are not as malleability as the uniform and fine tissue after pressure processing.

Increasing the temperature at which the metal deforms is an effective measure to improve the malleability of the metal.

During the heating process, as the temperature of the metal increases, the mobility of the metal atoms increases and the attraction between the atoms decreases, making them prone to slip.

As can be seen from the figure, its effect on malleability is contradictory. On the one hand, as the deformation speed increases, the recovery and recrystallization can not be carried out in time to overcome the processing hardening phenomenon, so that the plasticity of the metal decreases, deformation resistance increases, and malleability deteriorates (point a in the figure to the left).

On the other hand, in the process of deformation, some of the energy consumed in plastic deformation is converted into heat, which is equivalent to heating the metal, so that the plasticity of the metal improves, the deformation resistance decreases, and the malleability becomes better (point A in the figure to the right).

The greater the rate of deformation, the more pronounced the thermal effect. The stress state within the deformed metal varies depending on the deformation method.

For example, in the case of extrusion deformation, it is in a three-way compression state;

While pulling, it is in a state of being compressed in two directions and pulled in one direction; 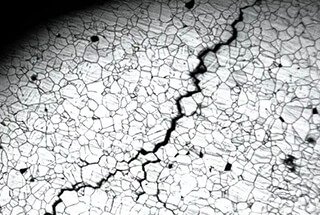