Compared with the ordinary plate shears, the swing plate shears mostly adopt the oblique cutting edge, which is widely used because of its simple structure, low failure rate, high cutting efficiency and no bow, warpage and distortion of the plate after shearing.

In the process of shearing, the turret of the swing shear makes rotary motion, which makes the angle and clearance of the blade change.

The shear force calculation of the oblique-blade shearing machine that moves the tool post in a straight line mostly adopts the Nosari formula (proposed by scholars in the former Soviet Union).

Obviously, the formula (1) does not take into account the shearing process after the shear angle change, the shear gap is also considered by taking a one-time value, therefore it is only for the knife frame for linear motion shear.

For the swing-type plate shears, to ensure that the shear gap and shear angle is constant during the shear process, the blade mounting surface on the tool holder must be machined into a spiral surface of space.

But in practice, to simplify the processing process and taking into account the shape of the blade (Generally rectangular blade, the back surface is flat), the spiral surface is directly machined into a plane parallel to the axis of rotation of the tool holder.

As the tool is not installed according to the spiral surface, the current installation method is that a certain height of the blade is tangential to the installation surface.

This means that when the blade is mounted to the tool holder according to a certain shear angle Ф, the blade is always tangent to AA’ (shown in Figure 1) under the action of screw tightening. To ensure the quality of shear, the swing-type plate shear will be raised to the rotary axis above the table y plane to ensure that the shear process has a constant clearance angle γ.

In fact, because the blade mounting plane is parallel to the rotation axis of the tool holder, a certain thickness and height of the blade can only be installed in BB’ or parallel to it.

When the shear point is transferred from point M to point B, the shear angle is gradually changed from γ, which is required to be kept as a constant value, to γ=γ’+β. Fig. 2 Change in angle and rotation radius of the knife-edge in the swing-type plate shear processing

If the length of the shear blade is l, the shear angle is Ф, and the rotation radius of the blade is R.

If the whole blade is used, the geometric relationship in Figure 2b is:

If n blades are used and the thickness is adjusted using adjustment shims, thus:

It can be seen from the overall length that the range of the rear angle of the blade during cutting is γ ± β.

For the convenience of installation and improve shear quality, the long blades are generally selected in the swing-type plate shears.

When the blade along the axis direction into the shear angle Ф installed in the tool holder, if the shear point moves from B ‘to B point (Figure 1) for shear movement in the shearing process, the actual rotation radius of the tool holder will increase.

When the gyration radius is R, the shear angle is Ф, and the length of the tool holder is  , the difference between the maximum gyration radius OB and R is shown in Figure 2(b):

To ensure that the cutting edge does not gnaw the table during the shearing process, it is necessary to make the shear gap △>△R.

In the plate shearing process, shear quality and shear force are very sensitive to the shear gap.

As the shearing process shear and pull off the effect is coexisting, the larger the shear gap, the greater the proportion of its pull off, but the corresponding shear quality is worse.

For thick plate shearing, according to experience, it should generally control the shear gap within 8% ~ 12%.

Obviously, the use of simplified blade mounting surface technology of the swing-type plate shear is very difficult to achieve this requirement.

When the shear gap is greater than the empirical value, this will inevitably cause changes in shear force.

Therefore, for the swing-type plate shear, when using formula (1) to calculate shear force, it is appropriate to choose a relatively larger value of the shear blade lateral clearance and blade wear coefficient to compensate for the impact of the above factors.

According to the above analysis, the clearance angle change of the swing-type plate shear is γ ± β in the shearing process.

After calculating β ≈ 5° in QC12Y-6×200 swing beam shear, it is difficult to ensure the design requirements of the rear angle.

Even there is a negative rear angle in the shearing process, which will intensify blade wear and heat, and even produce extrusion, reducing the use of blade strength.

To avoid this situation, it needs to keep a fixed angle θ between its front and the vertical surface of the table in the tool carrier design of the swing-type plate shear (see Figure 3).

As long as θ≥-β is established, there will be no squeezing phenomenon between the blade and the plate, which is not described in some documents: θ=5°~7°. Although theoretically feasible, to simplify the process in actual machining, the blade mounting surface is simplified from a spatial spiral surface to a plane, resulting in the change in shear clearance and shear rear angle during the shearing process.

The change in shear clearance will change the shear force and decrease the shear quality in the process of shearing;

While the change in rear angle after shearing will aggravate the wear and even extrusion between the blade and the plate, thus increasing the shear force.

At present, the simplified process is mostly used in the manufacture of the blade mounting surface of the swing-type plate shear, so it is necessary to consider the influence of the shear clearance and the change in the rear angle when calculating the shear force. 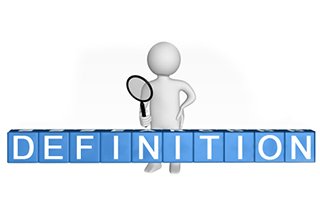