The air duct system is the most important component of air conditioning and ventilation engineering.

Its function is to transmit the adjusted air to the end equipment as efficiently as possible according to the designed flow.

Generally, the cross section of the air duct has three shapes: rectangular, circular and oblate.

The production of rectangular ducts is usually done by riveting four steel plates.

The round duct is made by winding a steel plate with a width of 137 mm on a spiral forming machine.

Oblate ducts are relatively rare. They are generally formed by squeezing circular ducts.

Before 1960, due to the simple manufacturing process and the small installation space required, most ventilation systems used rectangular ducts.

With the successful development of large spiral circular duct forming machines, a large number of engineering examples have proved that circular ducts are far better than rectangular ducts in terms of economy and other engineering parameters. The advantages of accurate and uniform air supply, light weight installation block, high appearance, antibacterial and mildew resistance have been obtained by users and widely used.

The shapes of fiber fabric ducts are round, semi-circular, quarter-circular, oval, and semi-oval to meet the needs of different building structures. Table 1: The market share of circular ducts each year:

From the perspective of economic analysis, all costs of the air duct system in a building over its entire service life can be divided into:

This article will summarize the results of these studies and attempt to focus the comparison on the economic comparison of air duct systems.

At the same time, because the update cost accounts for a small proportion of the total cost under normal circumstances, this part of cost will be ignored in this discussion.

We made two design schemes for the ventilation system of a large room using circular ducts and rectangular ducts, and compared the pressure loss head of the system and related economic parameters.

See Figure 1 (Note: Economic analysis is based on the Nordic market prices of the year).

(A) Circular duct  (B) Rectangular duct

Economic analysis of the space occupied by the duct system is difficult because it depends on the structure and purpose of the building.

Generally speaking, one of the main reasons for using rectangular ducts is that they can save space.

But in fact, for rectangular ducts with close aspect ratios, the actual area occupied by them is larger than that of circular ducts.

This is mainly because rectangular ducts require flanges to connect, and the height of the flange edges is usually greater than 20mm, see Figure 2 (A).

The modern spiral air duct can be connected with standardized flexibility, see Figure 2 (B).

Not only does this method require no extra space, it is also easier to install.

Therefore, for rectangular air ducts with an aspect ratio close to 1, the advantages of circular ducts cannot be replaced.

(A) Rectangular duct (B) Circular duct

For rectangular ducts with large aspect ratios, several circular ducts can be used instead, as shown in Figure 3.

This alternative can make the control of air volume much more easier.

At the same time, the installation costs will also be significantly reduced.

Although the cost of materials may increase, however, a survey showed that under this scheme, the initial investment is almost the same as the rectangular duct.

Under normal circumstances, the largest part of the operating costs of air conditioning systems is energy consumption.

Energy costs include the energy consumed to heat or cool the air and also to transport this air to the end equipment.

If the entire duct system is well-insulated, the amount of air leakage from the duct becomes an important source of excess energy consumption.

For the duct system, the fan is the provider of circulating power, and the wind pressure of the fan generally does not exceed 650Pa.

Excluding the pressure loss of the end equipment of the air handling unit, the available pressure head of the entire duct system is about 200-300Pa.

Therefore, you should try to avoid large head loss to the air pipe system. At the same time, the amount of air leakage also directly affects the power selection of the fan.

The leakage rate of the air duct can be calculated by the following formula:

In Europe, the air-tightness of air ducts is divided into four levels (A, B, C, D) according to the air leakage constant.

Compared with circular ducts, rectangular ducts require much more bolts and rivets to connect, so the air leakage inevitably is much larger.

Figure 4 is a set of measured data in Belgium.

The data shows that the average leakage rate of rectangular ducts is 7 times higher than that of circular ducts.

The “Code for construction and acceptance of ventilation and air conditioning work” GB50243-2002 also states that the allowable air leakage of circular ducts is 50% of that of rectangular ducts. Despite the different cross-sectional shapes, they still have the same pressure loss along the way.

This means that the power of the fan must be greater. The concept of “hydraulic equivalent diameter” is based on the assumption that the average shear stress along the boundary of a rectangular duct should be consistent.

Therefore, in theory, the hydraulic equivalent diameter should be used with caution in the following two cases.

The experimental data also doubt the universality of the hydraulic equivalent diameter. JONES conducted a series of experiments on the pressure loss of smooth rectangular ducts.

I reanalyzed his experimental data, as shown in Figure 6.

Despite the lack of data for 10 <aspect ratio <25, the data in Figure 6 still strongly suggest the monotonically increasing effect of length-width ratio on hydraulic equivalent diameter pressure loss. To avoid sick buildings, ducts need to be cleaned regularly.

In both cases, cleaning circular ducts is easier than rectangular ducts.

Economic analysis of air duct systems is a difficult task. It must take into account a variety of factors, and the life of a duct system is likely to exceed ten years.

In this case, a small design and quality improvement may increase the profitability of the investment.

In this regard, the use of circular ducts should be a more economical solution.

Finally, it should be pointed out that, for the reasons of quietness and space, rectangular ducts are still recommended for some large-flow and large-size parts of the air duct system, such as fresh air suction inlets and air treatment device outlets. 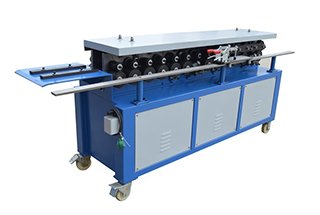 1 thought on “Why Round Ducts Are Better Than Rectangular Ducts? (7 Reasons)”