Shot blasting is also the name of a mechanical surface treatment process, similar to sand blasting.

In form, shot blasting is achieved by mechanical means of high-speed and long-distance projection onto the surface of parts, collectively known as shot blasting.

But in terms of process classification, shot blasting is only used to remove casting, forging, welding and heat treated parts

This paper refers to the concept of shot blasting cleaning.

Due to the ever-changing work pieces, there are many kinds of shot blasting equipment.

A certain specification of shot blasting equipment is only suitable for cleaning parts within a certain range.

And special equipment is suitable for a certain kind of parts. Sand blasting is a method to clean the surface of parts by using compressed air to blow out quartz sand at high speed.

In the factory, it is also called sand blowing. It can not only remove rust, but also remove oil, which is very useful for painting.

In steel structure, high strength bolt is an advanced method

Each is divided into manual, non automatic or continuous automatic type

The abrasive used in wet sand blasting is the same as that used in dry sand blasting. The abrasive can be mixed with water to form mortar. The abrasive generally accounts for 20% – 35%, and it is stirred continuously to prevent sinking. Compressed air is pressed into the nozzle and sprayed to the parts

The sand and water can also be separately put into the tank, mixed before flowing to the nozzle, and then sprayed to the parts

In order to prevent corrosion of steel parts, sodium nitrite and other corrosion inhibitors must be added into water

In addition, sand should be dried before next use. But no matter shot blasting or sand blasting, compressed air can be used.

Of course, it’s not that the high-speed impeller must be used for shot blasting.

In the repair and shipbuilding industry, generally speaking, shot blasting (small steel shot) is mostly used for steel plate pretreatment (rust removal before coating); sand blasting (mineral sand used in repair and shipbuilding industry) is mostly used for forming ships or sections, which is used to remove the old paint and rust on steel plate and re coating.

In repair and shipbuilding industry, the main function of shot blasting and sand blasting is to increase the adhesion of steel plate painting.

Shot peening can strengthen the workpiece, so it is not obvious.

Sand blasting and shot blasting are used in precision casting almost every day. 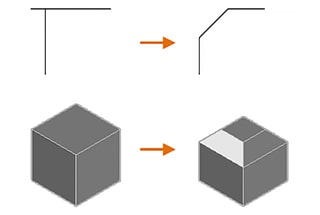 2 thoughts on “Shot Blasting vs. Sand Blasting: The Differences Explained”