A few days ago, I talked with a colleague about the welding line.

Their upstream customers have very high requirements on the welding line.

I asked whether this defect could be eradicated? You may have had similar experiences with such a thorny problem.

Welding line, also known as fusion line, bonding line, etc. the welding line is produced because the cooled molten resin from the leading edge in different directions fails to fully fuse at the joint.

It often occurs at the confluence of two streams, or at the place where one stream converges again after bypassing some geometric shapes (such as holes) on the workpiece.

The material flow of gate 1 and gate 2 finally forms a welding line on the product surface, as shown in Fig. 1.

Let’s take another look at the melt flow pattern before the formation of the welding line.

Because the mold temperature is very low relative to the melt temperature, a layer of frozen layer will be formed on the surface layer, and a gap will appear at the end after the confluence.

A higher melt temperature will produce a better feeding effect, but the orientation of the surface plastic molecular chains will not overlap, so a welding line is generated, as shown in Fig. 2.

The two resin streams at the welding point will not mix with each other (because they advance while semi curing in the jet stream).

Therefore, if the temperature is low, the surface layer will become thick, the texture will be obvious, and the strength will be reduced, because the adhesive force between the two becomes weak.

The first is the structural problem.

This weakness is a more serious problem in areas where the parts are stressed.

The second is visible defects on the appearance.

The welding line may cause lines, grooves or color changes on the surface of the parts.

This may not be a problem if the welding line is located on the surface of a non critical part (e.g., the bottom).

At this time, the lower the temperature of the two, the more obvious the fusion.

On the contrary, if the temperature of the two resin streams is high, the adhesive force will be enhanced and the appearance will become less obvious.

At the fusion point, the two melted resins are pressed, and the adhesion condition here depends on the pressure applied thereto.

In addition, if the gate runner size becomes small and the gate position becomes poor, the appearance and strength of the fusion will deteriorate.

The fusion line is invisible to the naked eye and acceptable.

Fusion is the confluence point of the resin and may also be the flow end.

At this time, if an exhaust port is not well provided at this position to exhaust the gas, the appearance and strength of the fusion will deteriorate.

When the filling rate is too slow, the melt flow front cannot reach the filling end, and the farther the melt is from the gate, the easier it is to freeze, thus making the quality of the welding line low.

The root of the formation of the frozen layer in the melt is that the temperature is lower than the material conversion temperature.

If the mold temperature is higher than the conversion temperature by increasing the temperature, the melting line will be fundamentally solved.

Technically, the above described effects can be achieved by the processes of hot and cold and electromagnetic heating.

Of course, the cost is higher than that of ordinary molds.

If the filling end pressure is low, increasing the holding pressure can make the two melt fronts fuse better;

In this way, the material flow front with the highest temperature will meet at the cavity wall, and these areas will also obtain the maximum holding pressure to ensure that the plastic shear thinning property plays a role.

Third, the angle is too small

Adjust the wall thickness of the product or the position of the gate to increase the confluence angle of the melt.

Adding exhaust gas at the filling end can make the front ends of the two melts combine better.

It shall be ensured that the exhaust position is correct, and the exhaust with improper position will not play an exhaust role.

Fifth, the filling rate is too slow

If L / T is greater than 250:1, it is usually considered as thin-walled molding.

The flow length ratio can be reduced or a new gate can be added.

Of course, this may cause a new weld line gate to be improperly positioned.

The experience summarized by a company is shared below.

At the same time, all enterprises can summarize the industry standards suitable for their own enterprises according to the appearance requirements, structural characteristics and material types of their own products.

The pressure is 0 (zero) when the welding line is formed.

Generally, the melt temperature when the welding line is formed is not lower than 20 °C under the injection temperature, and “high-quality” welding can be formed.

Before the analysis, you need to test the welding line strength property of the material.

In combination with the line strength analysis, it will be shared in future articles, so there will not be too much introduction here.

The generation of the welding line is closely related to the structure, mold design, process and material of the product.

However, the high light mode is required to completely eliminate the welding line. 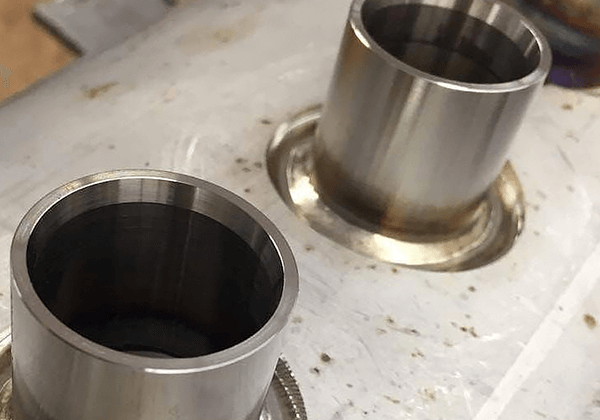