Laser is a type of light that is intensified by stimulation to produce radiation.

Due to its properties such as good directionality, high brightness, and monochromatic properties, which makes lasers have wide applications, such as laser cutting, laser welding, laser engraving, laser perforation and laser marking and so on.

Laser applications have also become one of the most promising fields.

The following is an introduction to the application of laser cutting technology in the automotive industry.

Laser cutting is to use a high power density laser beam to scan the surface of the material and heat materials to several thousand to ten thousand degrees in a very short period of time, which is used for melting and gasifying the materials.

Then, the high-pressure gas blows the molten or vaporized material away from the slit to achieve the purpose of cutting.

Laser cutting in the production of automotive parts has the following advantages:

(2) With a narrow slit and a small spot focused by laser beam, the focus reaches a very high power density, the material is heated to the degree of vaporization and evaporates to form holes.

As the beam and the material move relatively linearly, the holes continuously form slits with a very narrow width.

3) The cutting surface is smooth without burr.

(4) Fast speed, which is much faster than wire cutting speed.

(5) With good cutting quality, no contact cutting, small thermal impact of cutting edge, there is basically no workpiece thermal deformation phenomenon, which completely avoids the collapse of the edge formed when the material punching shear and the kerf generally do not require secondary processing.

(7) It does not affect by the hardness of the material to be cut, the laser can process steel plate, stainless steel, aluminum alloy plate, cemented carbide and other materials.

(8) It does not affect by the shape of the workpiece.

It has good flexibility to process any graphics, cutting tubes and other profiles.

(9) It saves investment in dies because laser processing does not require dies without die wear and tear.

It does not need to repair molds, which saves time for die replacement, save processing costs and reduce production costs.

(10) It saves materials and uses computer programming, which can cut across the entire board to products of different shapes and improve material utilization rate.

(12) It can cut non-metallic materials.

There is various laser cutting equipment. (3) Cooler, which is used to cool the laser generator.

(5) The cutting head, which mainly includes parts such as a cavity, a focusing lens holder, a focusing mirror, a capacitive sensor, and an auxiliary gas nozzle.

(6) Worktable, which is used to place the workpiece to be cut and can be moved correctly and precisely according to the control program, is driven by a servo motor.

(7) The CNC, which controls the table to achieve X, Y and Z-axis movements and also controls the output power of the laser.

(12) Auxiliary equipment such as extractor and dust collector.

The practice of laser cutting robot in automobile manufacturing

The following illustrates the application of laser cutting robots in the machining of automotive parts.

The use of laser cutting technology can not only reduce a large number of die capital investment but also bring the following benefits:

1) Ensure the quality of the parts: the parts cutting position is accurate, and this kind of non-contact processing can avoid the occurrence of collapsed corners.

2) Save the occupation of operating workers and equipment: using laser cutting after the program is adjusted, it only needs one worker to complete a series of work such as taking pieces, upper pieces or lower pieces, etc..

If using dies to achieve goals, it will need at least 3 sets of molds, 3 operators, and 3 stamping equipment.

3) Time-saving and simple operation: In practice, the part can cut 400 sets a day, and the workers are less tired and more efficient.

If achieved with a die, 400 sets can be produced per day under normal conditions.

However, if there is a problem with the die, repairing, installing the die and debugging will take a lot of time and manpower.

4) Avoid missed cut and the wrong cut: If there is missing or wrong cutting in laser cutting, the equipment will alarm, so there will be no outflow of unqualified products;

If the tooling leaks that are not easy to detect, the outflow of unqualified products will bring greater losses.

The fixture structure is divided into three parts:

(1) Fixed plate, fixed to the workstation table with screws and pins.

The worktable has fixed position screws and pins, so the design of the fixture should be combined with the size of the worktable, and should not be blindly designed.

2) The positioning device of the part should be chosen according to the characteristics of the use of the part.

When the part is in use, the position of the hole from the end is the most important, so the positioning is set at the end of the part.

3) The clamping device of the part: because the part has cut parts in all directions and the part needs to follow the table for turning.

To prevent parts from falling off when the table is rotating, four sets of clamping cylinders are required to achieve this.

Overall, the fixture structure is simple and easy to operate with low investment costs but high benefits, which is relatively practical.

As shown in Figure 4, the part needs to cut two large holes and two ends, the holes and ends will be punched using a die to produce distortion.

Therefore, to ensure the quality of the part, laser cutting is used to avoid distortion of the part.

The cutting of the holes of the part is relatively easy to achieve, but the cutting and machining of the end of the profile will be difficult.

The profile has a B-shaped cross-section with 360 degrees in each direction of cutting.

So it’s a requirement that the laser cutting head can rotate 360 degrees and that there’s enough room for the cutting head to rotate.

If there isn’t enough space in the normal direction, then a small band angle cut can be used without affecting the part.

Therefore, the setting of the cutting trajectory of the cutting head requires constant trial and error to ensure the quality of the part, while reducing the cost of manufacturing parts and increasing production efficiency.

Fig. 4 Parts made of profiles

The laser cutting fixture for this part is shown in Figure 5, which is similar in construction to the fixture for the pipe and is also divided into three parts:

1) Fixed plate, which has the same fixing method with the pipe.

2) Part positioning device: the part has extremely important mounting holes, so the way of hole positioning is to make the accurate position of the part.

The positioning structure adopts a cylinder driven positioning pin, which can move forward and backward and it is convenient for the workpiece to pick and place.

These two examples of laser cutting fixtures are relatively simple compared to dies, and both consist of three parts: a fixing plate, a positioning device and a clamping device.

At the same time, it shows that the application of laser cutting robots can solve many problems in the production of auto parts and bring many advantages.

In summary, the advantages of laser cutting in the field of automotive processing are very prominent to adapt to the trend of reducing costs and improving car quality.

The application of laser processing robot workstations in the automotive industry is becoming more and more common, not only for laser cutting, laser welding, laser marking and laser engraving etc., but also for non-metallic materials. 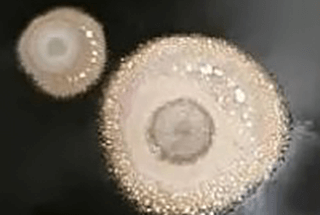