A: It is necessary to centralize the nesting and utilization of surplus materials.

A: (1) The intersecting line is the common line and the dividing line between the two bodies.

(2) The intersecting line is always closed because the form has a certain range.

A: Vibrating shears can shear various curves and inner holes.

A: It is a tool used to process external threads, which is composed of cutting part, locating part and clearance hole.

A: It is related to the material type, thickness, welding method and mechanical properties of the product.

A: Used to increase the transmission of torque to avoid drilling knock out in the main shaft hole or drill sleeve.

A: During the cutting process, it can keep the drilling direction of bit integrity. At the same time, it has the function of repairing the hole wall, and it is also the backup part of the cutting part.

A: Due to the sudden recovery of mechanical clearance and elastic deformation of drilling machine, the axial resistance suddenly decreases when the drill is drilled through the workpiece, and the drill will be automatically cut in with a large amount of feed. As a result, the drill bit is broken or the drilling quality is reduced.

A: Reducing friction, reducing bit resistance and cutting temperature, improving the cutting ability of the drilling bit and the surface quality of the hole wall.

A: It can not only make the rotary motion into a reciprocating linear motion, but also realize the amplification effect of the force.

anode area and the arc column.

A: Move towards the molten pool; move along the welding direction; do the horizontal swing.

A: It is both the common line and the dividing line on the two surfaces; it’s always closed in space.

A: Wrinkling and bubbling; straight edge tension indentation; surface microcracks; longitudinal tears; deflection; elliptic; the diameter is not the same.

A: the closeness to the mold; the allowable deformation of the material’s stretch forming.

A: According to the maximum deformation and elongation of the material.

A: It depends on the properties of the material, the wrap angle of the pull, the friction coefficient and the precast pull shape.

A: Because of the surface of the sheet is subjected to pressure on the inner surface during the manual bending, so the rebound is generated.

A: based on two perpendicular lines or faces; take two center lines as the baseline; based on a plane and a central line.

A: it is the projection of a line segment on any projective plane as a right angle of a right triangle. The projection length on the vertical axis of the plane is the opposite of the angle. The hypotenuse is the length of the line segment.

A: All the tessellation lines are parallel to each other. The cross-section of the section graphics is the same when cut the cylindrical surface with a parallel plane.

A: All the tessellation lines intersect at one point. The cross section of the cone is similar when cutting the cylindrical surface with a parallel plane. The intersecting line at the top of the cone is a triangle.

A: Fast movement, can make the slider stop at any position in the stroke. Once overloaded, only cause the sliding between the flywheel and the friction disc, without damaging the machine.

A: （1）High production efficiency. One stroke of the press can complete a process, and sometimes many processes can be completed.

（3）The shape and size of the stamping parts of the same product are the same and the interchangeability is good.

（4）The operation is simple, easy to realize mechanization and automation production.

A: It is an uneven heating and cooling process. It is the main cause of deformation caused by the internal stress of components.

A: It mainly shows a contraction in both longitudinal and transverse directions.

A: Whether the deformation is caused by external forces or by internal stress.

A: Distortion is the main contradiction. It should be done according to the order of distortion.

A: There are two reasons : (1) deformation caused by external forces (2) caused by internal stress.

A: In steel structure, the thin plate is often assembled or welded together with various frames, which is limited by the frame.

A: Adjust the relative position of the upper and lower roller.

A: Symmetric and asymmetrical.

A: the safety factor selected when calculating blanking force, consider the wear of the cutting edge, the gap of the mold, the mechanical properties of the material. In general, Kp is equal to 13.

A: In the structure, the bed of the open crank press is a c-shaped structure, and the rotary motion of the eccentric spindle is converted into the upper and lower reciprocating motion of the sliding block by the connecting rod. The frame structure of the closed press is replaced by the crankshaft.

A: Open crankshaft press C – shaped bed with three sides open, especially suitable for large sheet metal edge stamping processing. However, this form of bed structure itself is less rigid, so it can bear less load. The frame structure of the closed crankshaft press is limited by the column, the working table area is limited, and the operation space is small, so there are certain restrictions on the surrounding size of the stamping parts. The frame structure is rigid and the load is large and uniform.

A: if the gap between convex and concave die too small, the crack of the materials near to the blade stager a certain distance, so, the materials between the upper and lower grain impact the cross section quality by the second cutting as the blanking process continues. When the gap is too large, the crack of the material near the edge of the convex mold is staggered at a distance, and the material is greatly stretched. Burrs on the edge of the material, the collapse angle and the slope are larger, which also affect the section quality of the blanking pieces. In addition, the clearance is too small or too big, the size deviation of the offset has certain effect.

A: 1) mechanical properties and heat treatment of materials.

2) bending angle of the workpiece.

3) the geometry and size of the material.

5) other aspects, such as material thickness, surface and side quality, etc.

A: The steel structure is connected by welding, riveting or connecting bolts. These parts are interconnected and mutually restricted to form organic integrity.

4: when heating, the gas welding torch should not swing back and forth, the small flame should be a vertical steel plate, and the hot spot should not be too much, so as not to increase the internal stress.

A: There are many parts of frame components, which have a strong mutual restriction in the structure, and the deformation has great influence on each other.

Heat evenly at the same time, the temperature is not lower than 700 ℃ at the end.

A: In the curved pipe, in order to reduce the cross section ovality, it is often used to fill material in the pipe, or the roller of the cone groove is pressed outside the pipe, or the mandrel is used to bend in the process of production,.

A: Spoon type mandrel and outer wall supporting surface are large, the anti – flat effect is better than the tip type, the surface is not easy to wrinkle during the pipe bending. Spoon – type mandrel manufacturing is also convenient, so it is widely used.

A: (1) reduce the preparation of mandrel before bending the pipe, thus improving the production efficiency.

(2) avoid the manufacturing of the mandrel and reduce the cost.

(4) ensure the quality of the elbow.

(5) there is no friction between the mandrel and the pipe wall, which reduces the torque of the bending tube, thus extending the service life of the pipe bender.

A: Driven by the motor through the gear shaft, decelerate mechanism, worm gear and worm drive, to drive the bending die.

Finally, use the circle wedge clamp.

A: Too high will reduce the initial stress of the nail rod; too low, the rivet will generate the blue brittleness phenomenon.

A: The torque and axial force required to hold and transfer the borehole.

A: Reasonable choice of cutting amount can prevent premature wear or damage. Prevent the machine from overloading and improve the cutting precision and surface roughness of the workpiece.

A: If the diameter of the bottom hole and the diameter of the internal thread are the same, the material will be stuck in the tap, and the tap is easily broken. If it is too large, it will not tapping enough height of the thread tooth profile, which will form a waste product.

A: Mechanical properties of bent material, bending angle, bending direction of materials, surface quality of materials and shear section quality and some other factors.

A: The bending force is reduced after the steel heating, the elastic phenomenon disappears, the minimum bending radius is reduced, and the deformation is controlled according to the processing requirement.

A: Modify the mold shape, adopt the pressure correction method, increase the edge pressing device, reduce the clearance of the die.

A: Because this not only makes convenient but also can shorten the model period, improve material utilization rate, reduce cost.

Air cooling: When the flame is heated locally, the workpiece cools naturally in the air.

Water cooling: the metal that has been heated partly by the use of water to cool it quickly, reduces the heat transfer to the back, enlarges the temperature difference between the front and the back, and improves the molding effect.

A: The mold structure can be simplified; the machinable shape is complex, the rigid die hard to process hollow parts; small rebound, high precision and good quality; fast processing molding speed; no stamping equipment is required.

The rivet is too short, the piers are not large enough, the nail head is incomplete.

A: Small size, easy to operate and can be riveted in various positions. 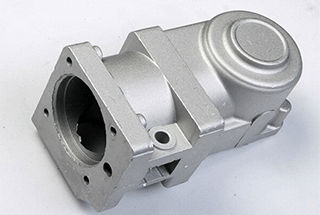